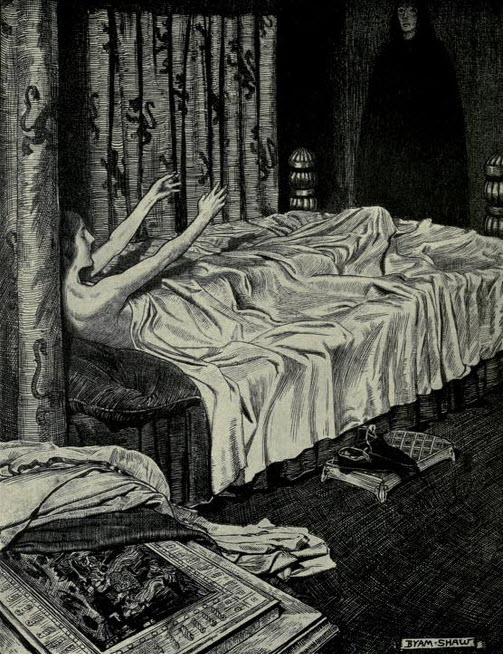 It has been justly observed, and confirmed by all that we know of the early history of literature, that the first forms of it were in verse. This is in accordance with a principle which is stated by Herbert Spencer on a different but related theme, that "Ornament was before dress," the artistic instincts underlying and preceding the utilitarian preoccupations. History indeed was first poetry, as we had Homer before Thucydides, and as in all countries the traditions of the past take the form of metrical, and generally musical, recitation. An excellent and polished school of prose writers is the product of a tendency in national life of later origin than that which calls out the bards and ballad-singers, and is proof of a more advanced culture. The Renaissance in Italy was but the resumption of a life long suspended, and the succession of the phenomena in which was therefore far more rapid than was possible in a nation which had to trace the path without any survivals of a prior awakening; and while centuries necessarily intervened between Homer and the Father of History," a generation sufficed between Dante and Boccaccio, for Italian literature had only to throw off the leaden garb of Latin form to find its new dress in the vernacular. Dante certainly wrote Italian prose, but he was more at ease in verse; and while the latter provoked in him an abundance of those happy phrases which seem to have been born with the thought they express, and which pass into the familiar stock of imagery of all later time, the prose of the "Convito" and the "Vita Nuova" hardly ever recalls itself in common speech by any parallel of felicity.

And Boccaccio too wrote poetry of no ignoble type, but probably because he was part of an age when verse had become the habitual form of culture, and all who could write caught the habit of versification,—a habit easier to fall into in Italian than in any other language. But while the consecration of time has been given to the "Commedia," and the "Convito" passes into the shadow and perspective of lesser things, so the many verses of Boccaccio are overlooked, and his greatest prose work, the "Decameron," is that with which his fame is mostly bound up.

Born in 1313, at seven years of age Boccaccio showed signs of a literary facility, and his father, a merchant of Florence, put him to school with a reputable grammarian; but afterward, deciding to devote him to merchandise, sent him to study arithmetic,—restive and profitless in which, he was sent to study canon law, and finding his level no better there, went back to traffic and to Naples in his father’s business when he was about twenty. The story runs that the sight of the tomb of Virgil turned his thoughts to poetry; but this confusion of the post hoc with the propter hoc is too common in remote and romantic legend to value much. The presence of Petrarch in the court of Robert, King of Naples, is far more likely to have been the kindling of his genius to its subsequent activity: and the passion he acquired while there for the illegitimate daughter of the King, Maria,— the Fiammetta of his later life,—furnished the fuel for its burning; his first work, the "Filocopo," being written as an offering to her. It is a prose love story, mixed with mythological allusions,—after the fashion of the day, which thought more of the classics than of nature; and like all his earlier works, prolix and pedantic.

The "Theseide," a purely classic theme, the war of Theseus with the Amazons, is in verse; and was followed by the "Ameto," or "Florentine Nymphs," a story of the loves of Ameto, a rustic swain, with one of the nymphs of the valley of the Affrico, a stream which flows into the Arno not far from where the poet was born, or where at least he passed his youth; and *to which valley he seems always greatly attached, putting there the scene of most of his work, including the "Decameron." "Ameto" is a mythological fiction, in which the characters mingle recitations of verse with the prose narration, and in which the gods of Greece and Rome masque in the familiar scenes. Following these came the "Amorosa Visione," and "Filostrato," in verse; "Fiammetta," in prose, being the imaginary complaint of his beloved at their separation; "Nimfale Fiesolano," in verse, the scene also laid on the Affrico ; and then the "Decameron" begun in 1348 and finished in 1353, after which he seems to have gradually acquired a disgust for the world he had lived in as he had known it, and turned to more serious studies. He wrote a life of Dante, "Il Corbaccio," a piece of satirical savagery, the "Genealogy of the Gods," and various minor works; and spent much of his time in discussion with Petrarch, whose conversation and influence were of a different character from that of his earlier life.

Boccaccio died at Certaldo in the Val d’Elsa, December 2d, 1375. Of the numerous works he left, that by which his fame as a writer is established is beyond any question the "Decameron," or Ten Days’ Entertainment ; in which a merry company of gentlemen and ladies, appalled by the plague raging in their Florence, take refuge in the villas near the city, and pass their time in story-telling and rambles in the beautiful country around, only returning when the plague has to a great extent abated. The superiority of the "Decameron" is not only in the polish and grace of its style, the first complete departure from the stilted classicism of contemporary narrative, the happy naturalness of good story-telling,—but in the conception of the work as a whole, and the marvelous imagination of the filling-in between the framework of the story of the plague by the hundred tales from all lands and times, with the fine thread of the narrative of the day-by-day doings of the merry and gracious company, their wanderings, the exquisite painting of the Tuscan landscape (in which one recognizes the Val d’Arno even to-day), and the delicate drawing of their various characters. It is only when all these elements have been taken into consideration, and the unity wrought through such a maze of interest and mass of material without ever becoming dull or being driven to repetition, that we understand the power of Boccaccio as an artist.